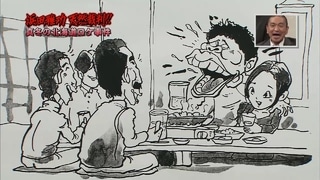 Vocab lists seem so tempting because it seems so efficient sorta like premade like anki decks. Of premade decks I’ve only used the heisig one successfully which I had to modify heavily to suit my needs. It’s tempting to go math crazy and do the 20 words a day x 356 days in a year = 7120 words or some other variation but I’ve learned the hard way the futility in doing that with my experience of misusing anki while learning Japanese.

I’m just posting about this topic because I just happened to come across these blogs that are an amazing fit for me to generate the anki cards in MCD format. These bloggers are sharing what they looked up on their blogs and they’re Japanese people learning Korean so this material is quite alluring to me. 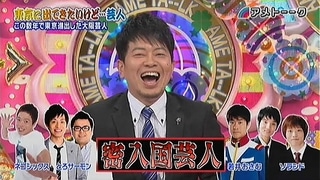 So I had saved this huge ass list of the top 6,000 Korean words from a some wiki website into my evernote. i had no intention of memorizing the list. I know how it may seem appealing for some hardworking rote-memorizing people but not to me. It just makes more sense to learn these words as you encounter them since they ARE SO GODDAMN COMMON AND USEFUL. also you may think top 6,000 words are mad useful!! but trust me they most likely aren’t. you need to figure out what YOUR TOP 6,000 KOREAN WORDS ARE as in the top 6000 words that come up in the korean media you enjoy. Anyways I kept it to sorta gauge my growth in korean vocabulary. for example a lot of the words were ha? the(japanese ha) or like wuh? from 2 years ago are now i know this shit. I’ll go “wow this shit is mad useful or i’ve seen it.” or i’ll be hardpresed to find words i have never seen or heard of. never mind it was from 4 years ago! 2012! If you still suck after 4 years you should reevaluate your methods and your goals.

Speak of the devil, here’s my worst nightmare realized

Has anyone reached proficiency through self-study outside of Korea? from Korean

In my case by the time i reached 3000 cards in anki ( i didn’t anki for the first 3 or 6 months because i do not want to waste my time learning super common/useful words… that’s just stupid) I was understanding talk variety shows anywhere from 80 to 100% (depending on the show and how much I look up.. ). it’s not about the number of cards…

BTW memorizing all the words in this 6000 word list will not enable you to watch korean dramas without subtitles ( just looking through this list and thinking of all the words that i know on this list and all the words i know that i encounter that are not on this list… by encounter I mean strictly talk/variety shows). it’s literally the tip of the iceberg (all the awesome kickass words are obviously not in this list… not to mention korea is obsessed with trends so it feels like they invent 100 news words and that of that 90% die the next year, rinse and repeat. I’m just guessing here because I don’t keep up with that since I don’t watch korean dramas or korean shows on a consistent basis. in fact I’m chasing after random eps of shows that aired a few years ago or a fewdays ago or a few months ago… even with japanese I’ve read over 120 books and recently I looked up a few words from this new book I’m reading and I’m like woah these are some cool words why didn’t I hear about them sooner. this shit is never ending but at the same time I love how there’s so many awesome words out there that i do not know about. this applies to english as well OF COURSE). there’s so much vocab to know for korean dramas (even more for the saguk dramas) since as everyone knows the characters talk so much and they always drag out the dialogue and the scenes. literally every single character in korean dramas are chatterboxes. it’s a lot of vocab. well that level is fluency… in other words watching korean dramas without subtitles. I do know people who are Korean and fluent in Korean who watch it and understand/catch everything so that is what fluency is… for comprehension in my opinion anyway. I don’t like Korean dramas anyway so this doesn’t bother me but sometimes I like gauging my Korean by watching some clip of a korean drama to see my lack of vocabulary or my full comprehension if lightening strikes. sometimes it happens.

However as much as I find anking with mcd format to be effective for learning Korean at my Korean level (vocab, grammar, hours spent on Korean, etc) I can’t bring myself to use the material on these blogs to generate anki cards. It is intriguing to sorta gauge my level or rather see how much I don’t know from scrolling through these blogs.

I’ve been mostly getting words and whatnot for my anki deck from Korean that come out of people’s mouths on Korean TV and sometimes words on the screen that aren’t said ( I usually only do this if I feel really tempted because the word seems super easy to remember if it has no bacchim or I feel that I can associate something with the sound with the bacchim whether or not it is of sino-korean origin to remember the meaning). Partly that’s due to lack of motivation because I do not want to learn useless Korean. Maybe if you’re obsessed and driven to become fluent in Korean ASAP then maybe you have the urge to look up anything and everything but looking at it in the overall scheme of things that’s not an efficient way to go on about that.

The fact that I got something from a Korean show from a Korean person’s mouth imparts that word or grammar etc so much more value versus some word list with words that people think are useful based on their experiences with the English counterpart of those words or whatever variation of this. People just express things differently on a fundamental level depending on the language.

So anyways, some of the blogs that I linked did mine real Korean from a Korean article etc etc which imparts value on the list they share. However though it raises the value of the list in my eyes I personally didn’t read that article so I have no personal connection to any of those words and therefore no conviction that those words are useful. I won’t believe it unless I actually see it being used. But also I won’t force myself to read an article just so I can easily generate anki cards. I’ll only read the article if it interests me.

This site http://uprive1.rssing.com/chan-2640801/all_p15.html reminds me of textbooks. I am tempted for a second to learn from it but then the next second I realize there’s way too much awesome kickass tv show episodes of korean talk/variety shows to be watched. When it comes down to it, no matter what textbook it is, textbooks will never be more fun then native media. The whole point of textbooks is so you can stop using it and learn from Native material ASAP. If you think textbooks are fun you’ll probably faint from the shock of how much more interesting native material is. I see no problem using textbooks in the beginning stages but some people are like hey you got recs for intermediate/advanced? I’m thinking to myself do you want to learn korean for the sake of learning korean? how embarrassing.

If I had to choose between anking too much and anking too little I would choose anking too little. I think anking too much is worse because it’s proof that you are wasting your time that could be spent living your life doing things you enjoy whether it’s language learning related or not. To put a new perspective on it, I imagine what I would be doing if I were fluent in Korean and/or raised in Korea. The answer is not me reading from a textbook to improve my Korean. The answer would be I would be watching the exact same shows I’m watching now except I wouldn’t be looking up anything because I already know all those words and their nuances and their multiple meanings and the literal / figurative meanings of all the Korean because I’m fluent in Korean. I’d probably be multitasking like washing dishes while listening to it etc etc because it’s so effortless. I’m watching the show because I enjoy it. I don’t try to force myself to like a show or pretend that I like it or pretend that I like it or enjoy it more than I do just so I can find something to do in Korean…. I’m sure some people try AJATT and kinda think they’re doing it but they’re really not if they have to lie to themselves that they enjoy doing something or enjoy it more than they actually do.

When it comes down to it the number of anki cards I have or the percentage of mature cards is not an accurate measure of my Korean abilities. Ultimately it comes down to the amount of time I spent doing STUFF IN Korean while actively trying to figure out what I don’t understand or don’t know. Anki helps so much with making time I spent with Korean to be that much more fruitful and efficient with acquiring Korean vocab /grammar. I don’t have time to be watching Korean TV all day because I work full-time and I have other stuff I want to do that may not be in Korean. Why should I miss out on amazing stuff like Breaking Bad? Or God Tongue? Though I’m not able to spend a lot of time on Korean on a consistent basis (daily is ideal right?) due to time restraints and my volition that wants to do other things anki allows me to maximize whatever time I spent with the Korean show etc. I’ve never felt like I’ve moved backwards in Korean or even stagnant to be honest. The reason is that sometimes even if you don’t do something in Korean for let’s say 3 months, you still have Korean running through your brain that’s being digested. It’s some kind of delayed processing. I do still do anki on a daily basis or sometimes less frequently. It’s so strange how I feel like my Korean improved in certain ways despite cutting contact for x weeks or months. I’ve experienced this with Japanese as well in the past due to unfortunate circumstances. It was invigorating to hear other language learners talk about this EXPERIENCE on an episode on language mastery podcast. http://l2mastery.com/show/

you know I think the only possible way for my Korean to be stagnant or go backwards is if all I did was textbooks or cramming wordlists. I think to realize my efforts are for nil would be so devastating and disheartening AFTER x weeks or months despite torturing myself for x hours. One of the many reasons why I learned Korean after Japanese was that I did not want to waste my time with learning Korean. I equate stagnation and going backwards as wasting time. Learning in this order (with the foundation/scaffolding that is hanja and Japanese grammar) and using anki has ensured that I never feel like I’m going backwards with Korean. It’s just impossible. I never understood how people could motivate themselves to learn a language using methods that could possibly lead to stagnation or going backwards if they slacked or not get in contact with the language for x weeks or months.